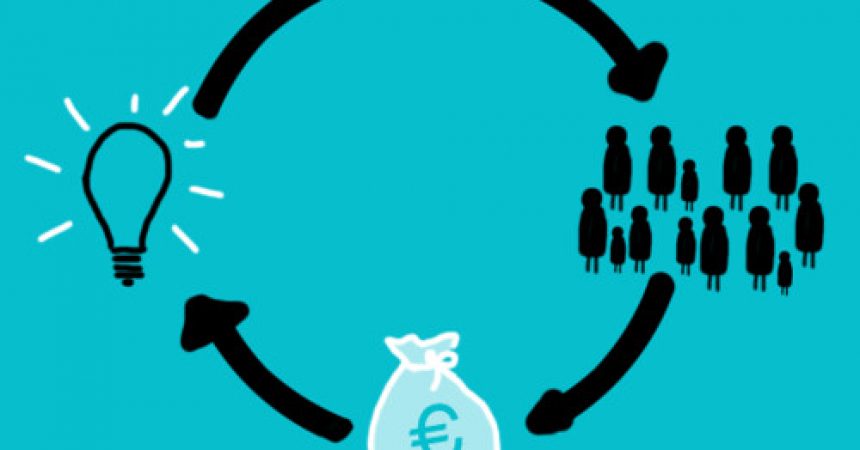 Zoltan Istvan is a futurist, author of The Transhumanist Wager, and founder of and presidential candidate for the Transhumanist Party. He writes an occasional column for Motherboard in which he ruminates on the future beyond natural human ability.

BiZoHa Orphanage, which bills itself as “the world’s first atheist orphanage,” ​has launched a crowdfunding campaign. Its aim is to build a deliberately godless safe haven for homeless children in Kasese, Uganda. The proposed orphanage will offer refuge to children, most of whom have lost their parents to AIDS, and will become part of the broader science-based Kasese Humanist Primary School (KHPS).

The secular-themed KHPS is already aligned with Foundation Beyond Belief and Atheist Alliance International, and has ​garnered acclaim from renowned atheists. Its new atheist orphanage will be located near the Rwenzori Mountains and the Congo border. The crowdsourcing campaign is seeking start-up funds of approximately $4,500—that amount will fund the construction of a home for 15-20 orphans, provide it with furniture, and feed the orphans for one year.

“BiZoHa Orphanage intends to be economically self-sufficient within one year of opening its doors,” the project’s co-coordinator, Hank Pellissier, of the Brighter Brain’s Institute, told me. “This goal will be achieved by selling corn, beans, cassava, peanuts, and lettuce grown on its 7-acre crop farm, which is part of the proposed orphanage.”

The project began when Pellissier visited Uganda earlier this year and formed a friendship with KHPS director, Bwambale M Robert. Robert, an Ugandan, was orphaned when he was five years old. He worked his way through high school as a barber, and then went on to study Biology in college. He is the author of the forthcoming book, Orphans of Rwenzori – A Humanist Perspective.

“There’s a very real need for orphanages in Uganda,” Robert wrote me in an email. “We have 3.5 million orphans, 9 percent of the population. Children are parentless due to AIDS, civil war, violence, accidents, and abandonment. Up to 70 percent of orphans become criminals as adults. Among girls, 60 percent end up in prostitution, where the HIV/AIDS rate is 37 percent.”

Education, Robert says, is limited. “When they ‘age out’ of orphanages, many become ‘street kids’ sniffing glue, stealing, scavenging in garbage dumps, and begging. Many are subjected to illness, filth, malnutrition, sexual abuse, and child trafficking—which is slavery.”

Robert knows the experience firsthand. “Myself having grown up as an orphan since the age of five has made me experience all kinds of life and encounter many challenges,” he told me. “Because I’m now better off than the orphans in my country, I feel it’s an opportunity to join hands and rescue them so that they can live fulfilled lives like the rest of the people.”

Orphans who attend BiZoHa will get a shot at education, and be able to attend the Kasese Humanist Primary School, which Robert founded in 2011. Many graduates of KHPS advance to secondary schools and even universities, like Robert did.

“That’s why we need a declared atheist orphanage. We want to teach the kids there about science, secularism, and what it means to be an atheist. We also need to stand up for the values we believe in.”

“There are a number of secular schools and orphanages around the world,” atheist futurist B.J. Murphy told me. “But many atheists don’t need to label themselves so directly as ‘atheist.’ The same is the case with naming of orphanages. We are not like the religious trying to convert people to not believe in God.”

Murphy hits the heart of the issue. In the US, religious iconography is rampant—God is in our money, our politics, and, yes, our schools, even the public ones, where students pledge allegiance to a nation “under God.”

“That’s why we need a declared atheist orphanage,” Pellissier says. “We want to teach the kids there about science, secularism, and what it means to be an atheist. We also need to stand up for the values we believe in.”

I tend to agree with Pellissier, and I’ve gently argued before for an open public discussion on how much religious indoctrination should be allowed to be taught to young, developing minds. In a world where religious child soldiers carry AK-47s, Christian kids bully their gay peers, faith inspires infant genital mutilation, and teenage Jihadists become suicide bombers, I believe we must take more care to protect the young of the world and their sponge-like brains.

However, even as the Transhumanist Party’s openly atheist 2016 US Presidential candidate, I still believe that if adults wish to pursue fundamental religious ideas, they should have the right to do so—so long as they don’t harm others. I also think, even in an atheist orphanage, it’s okay to share some religious ideas along side atheist perspectives, so long as there is a overriding emphasis on reason.

“The question of believing in God and religion should be a choice, and not something programmed into us,” Murphy said.

Pellissier, who considers himself open to spirituality, says that orphans who are religious will be welcomed into the orphanage. But the education, culture, and emphasis will be on an atheist and secular experience.

Regardless of what kids end up believing when they become adults, the BiZoHa Orphanage will provide its street kids with an unprecedented opportunity. The orphanage’s hope and goal—similar to Robert’s experience—is that more opportunities will spring up for these orphans as they make their way through life with a sound education and upbringing that focuses on reason.

The atheist orphanage will carry the motto: “With Science, We Can Progress.”

“Crowdfunding” by Rocío Lara is licensed under CC BY-SA 2.0

Loan some money via Kiva

Help fund medical treatment for those in need via Watsi

There are no comments yet, but you can be first to comment this article.

This site uses Akismet to reduce spam. Learn how your comment data is processed.

This website uses cookies to improve your experience while you navigate through the website. Out of these cookies, the cookies that are categorized as necessary are stored on your browser as they are essential for the working of basic functionalities of the website. We also use third-party cookies that help us analyze and understand how you use this website. These cookies will be stored in your browser only with your consent. You also have the option to opt-out of these cookies. But opting out of some of these cookies may have an effect on your browsing experience.
Necessary Always Enabled
Necessary cookies are absolutely essential for the website to function properly. This category only includes cookies that ensures basic functionalities and security features of the website. These cookies do not store any personal information.
Non Necessary
Any cookies that may not be particularly necessary for the website to function and is used specifically to collect user personal data via analytics, ads, other embedded contents are termed as non-necessary cookies. It is mandatory to procure user consent prior to running these cookies on your website.
Save & Accept